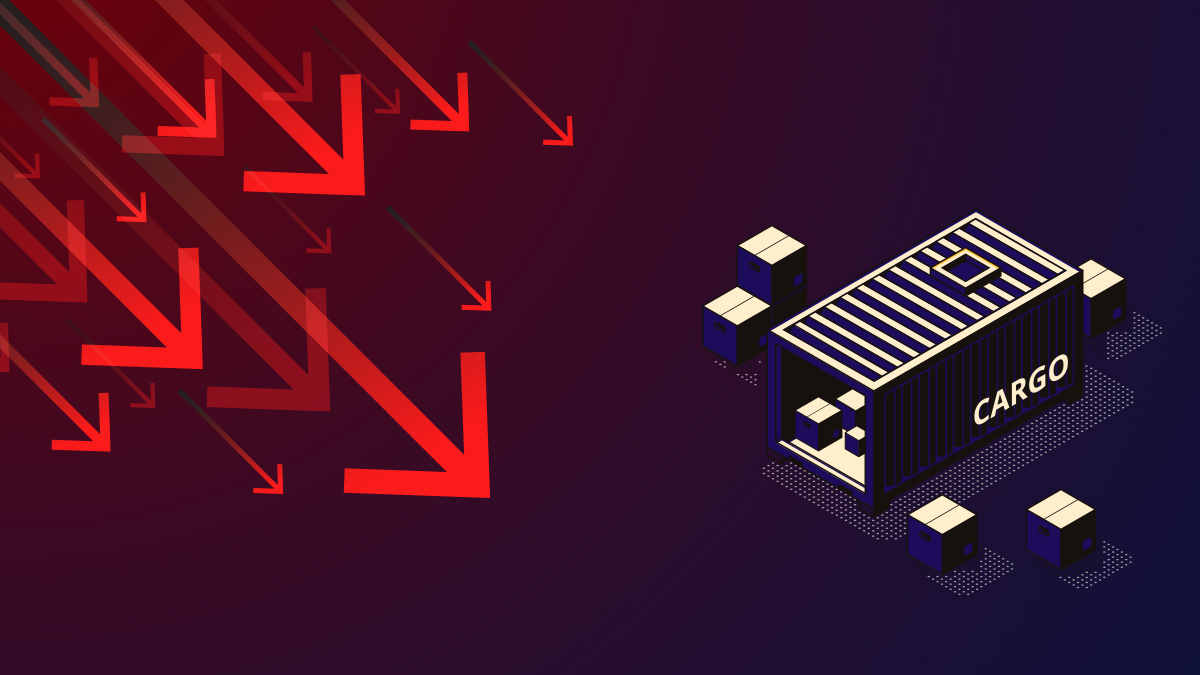 The recent shipping container shortage that’s left everything from soybeans to smartphones idling in ports threw global trade into chaos. While shippers were scrambling to keep their goods moving, the import/export imbalance pushed ocean rates to eye-watering levels.

So, where have all the containers gone?

Many remain stranded in inland depots, and hundreds more are piled up at seaports, while others continue to be stuck onboard carriers. The result, an acute deficit in Asia, whilst the US and parts of Europe grapple with severe container congestions.

To fully grasp why the containers have landed where they are, it’s vital to understand the domino effect that has led to the container shortage crisis. Let’s go back to where and how it all started:

As the Covid-19 pandemic spread from China to the rest of the world, international trade was brought to a screeching halt. Many manufacturing units were forced to shut down temporarily. As a result, a large number of incoming and outgoing containers never moved past the ports.

In a desperate attempt to stabilise ocean rates, carriers began to impose blank sailings. They also reduced the number of vessels at sea. Not only did this bring imports and exports to a standstill, but crucially this also meant that carriers wouldn’t pick up empty containers. This made it impossible, particularly for Asian traders, to retrieve empty boxes from the United States.

Despite having originated in China, the world’s manufacturing hub was also the first to recover. While China resumed production and exports, other countries continued to scramble with a reduced workforce and slow production.

Slowly, as other Asian countries began to get back on track, empty containers in Asia headed out to Europe and North America. However, they did not return soon enough.

At the same time, seaports, cargo depots and inland transport systems in Europe and North America were gravely affected due to a reduced workforce. The result? Containers started to pile up.

3. Demand skyrockets ahead of Christmas

US imports soared high in September ahead of the Christmas season, where approximately 900,000 TEU containers leave China for North America each year.

As the Christmas traffic and the Chinese Golden week holidays approached, China’s production and exports peaked in September. This marked the flow of more containers to the US while the turnaround time continued to remain at an all-time low.

An inadequate workforce severely impacted the road transportation infrastructure in the US. Due to driver shortages, there were and still are containers waiting to be picked up at the ports. Empty boxes that would typically return to the dock in a couple of days were not returned for weeks.

In addition, tightened borders further stalled the movement of containers. A limited workforce made it challenging to clear the backlog of containers before more arrived and worsened congestion.

Light at the end of the tunnel?

The pandemic-driven slowdown in the circulation of containers has brought the container shipping system to its knees, driving up rates and creating delays that are expected to continue into Q2 2021.

According to DHL Global forwarding’s market outlook for March 2021, over 1,000 dockworkers in California tested positive for COVID-19 at the start of February, up from 694 cases in January. With these developments waiting time at anchorage in LA/LB has started to exceed one week. However, the report further states that the booking forecast has shown improvement after the CNY, and the global container shortage is expected to subside in March.

JOC suggests however that container availability is expected to improve by the end of Q2 2021 with the eventual normalisation of trade patterns and carrier schedules.

The bottom line? There is a glimmer of light, but as of the beginning of March, the tunnel remains long.

Interested to learn how we could help? For a robust and agile supply chain in the post-pandemic world, reach out to GoComet.