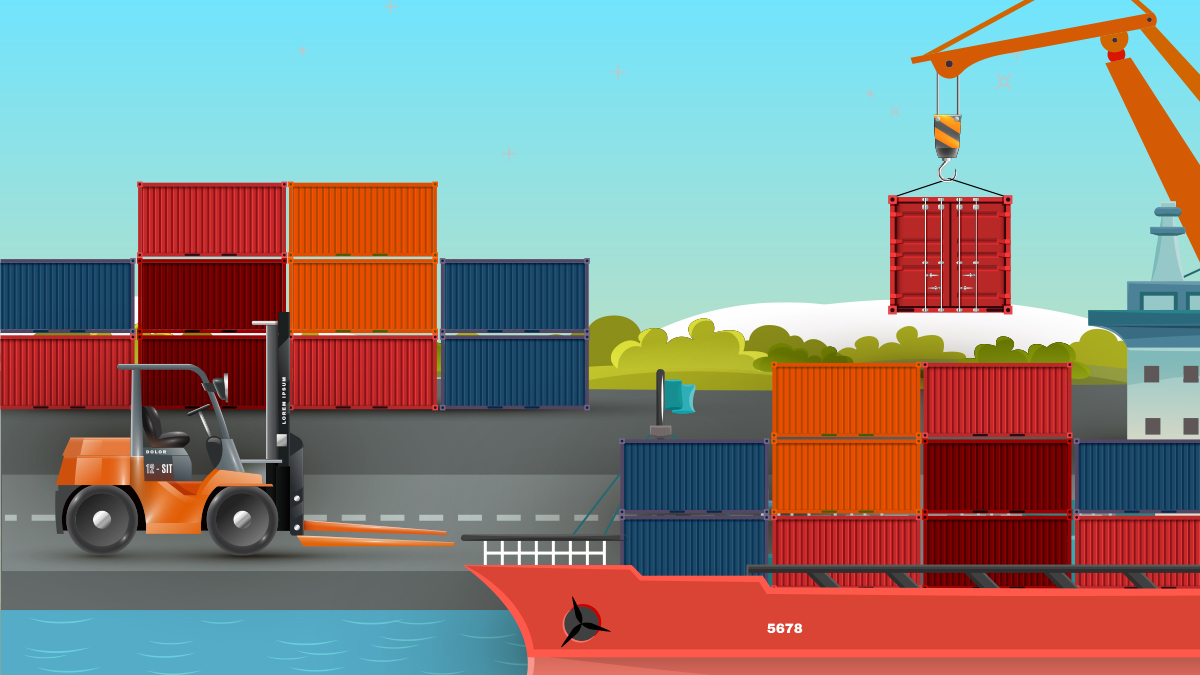 After a six months-long roller coaster ride that began with the coronavirus outbreak in China and rapidly ravaged global trade, signs of recovery have at last started showing.  From the time stalled shipments, skyrocketing freight prices and blank sailings had become a common occurrence, container shipping activities have staged a relative rebound in recent months.

Earlier this year, the supply chain industry experienced a dramatic slowdown as governments around the world imposed restrictions on economic activities to contain the spread of COVID-19. According to reports by the United Nations Conference on Trade and Development (UNCTD), by mid-June, the average number of container vessels arriving weekly at ports worldwide had sunk to 8,722, a year-on-year drop by 8.5%.

However, new data suggests that the average weekly calls have started to recover globally, rising to 9,265 by early August, just 3% below the levels of last year.

The rebound trend has also reflected on GoComet’s platform that tracks thousands of shipments and containers every month. There has been a constant fluctuation in the number of containers moved in the last few months indicating the uncertainty in the market, however, the latest numbers suggest a slow recovery.

In the month of March when lockdowns were being imposed across the world and businesses started facing the brunt of COVID-19, there was a 33% decrease in the number of containers moved as compared to February. While April showed a marginal increase of 7%, a 10% dip followed in the month of May.

However, June marked a sharp rebound with a 72% increase in the number of containers, getting closest to the pre-COVID levels in the last six months. A 12% increase was seen in the month of August as compared to that of July, further suggesting a rebound.

The portal pools data from the thousands of containers that GoComet tracks each and every day through its container tracking software and maintains a live record of port delays across more than 300 ports.

Here are some of the factors that have contributed to the rebound in shipping:

While the numbers have started nearing pre-pandemic levels, there’s still a long way to go before absolute normalcy prevails. However, the latest pattern in containers moved and the overall rise in the number of shipments is a ray of hope for economic recovery from the pandemic and more so to the supply chain industry.

To know more about how GoComet can help you build a cost-effective, resilient supply chain that can thrive amid crisis, reach out to us here.