Global supply chains are still recovering from the last two years of pandemic-related setbacks and the recent strains caused by Russia’s invasion of Ukraine. Given the circumstances, the latest announcement of nationwide lockdowns in China has forced supply chains to prepare for yet another turmoil in the coming months.

Millions of people are in lockdown across the key manufacturing hubs of Shenzhen, Dongguan and Changchun and the Chinese financial centre of Shanghai. A particular concern in China’s lockdown announcement is its impact on China’s major ports, particularly Shanghai and Shenzhen.

Shenzhen is the second-most important port in China after Shanghai and processes about 10% of the containers shipped from China in any month. It is home to some of the world’s largest ports and is a major terminus in trade between the U.S. and China.

Though the Shanghai and Shenzhen ports are operating as of today, the surge in COVID cases and spreading lockdown restrictions may affect the workers at the port, leading to a major disruption. Some of the ports are already experiencing congestion and here is an overview of the current situation.

China lockdown and its impact on shipping – What we know so far:

Shenzhen and Hong Kong are critical container shipping hubs for global supply chains. While the port delays caused by the ongoing pandemic have not waned yet, the new lockdown announcements have only added to the supply chain congestion woes. If the lockdowns extend, the situation could further worsen, and we may see freight rates increasing in the coming weeks.

When an outbreak hit the Yantian terminal last year, it was closed for a month between May and June. The situation wreaked havoc on global supply chains, and the shipping backlogs took months to dissolve. Maersk described Yantian port congestion as “a much bigger disruption than the Ever Given getting stuck in the Suez Canal.”

Here’s how the congestion looks in a few other key ports:

Qingdao: The number of container ships waiting off Qingdao is rising, adding more delays to the global supply chain. According to Bloomberg data, the number of vessels spotted off Qingdao port has almost doubled than it was at the end of February. The increased delays in these ports are expected to push up freight rates.

Guangzhou: Maritime trade from Guangzhou reaches over 300 ports in more than 80 countries and districts worldwide. Guangzhou serves as the most important economic and transportation centre for the Pearl River Delta region and Guangdong province. It is also a vital transport hub for industries located in neighbouring provinces.

While there is usually a rise in the number of vessels seeking to enter China following the Lunar New Year holidays, this year’s situation has been aggravated by the lockdown aimed at China’s zero COVID policy. There’s also a growing backlog of vessels off the ports of Shanghai, Ningbo and Zhoushan.

The several disruptions in the last two years, starting from the initial outbreak of the coronavirus and lockdowns, port closures, Russia’s war on Ukraine and now the lockdown announcements in China, have increased the ocean dwell times, especially in the recent weeks.

When the container prices are at record highs already, port congestion and container piling up will only further reduce capacity. According to several experts closely monitoring the developments, China’s lockdown announcement will cause a surge in already inflated shipping prices.

The China lockdown announcement is nothing less than a major shockwave to an already strained supply chain. How the situation unfolds in China in the coming weeks will significantly impact global supply chains.

You may also be interested in reading our recent blog – Russia Ukraine Crisis: New strains on global supply chains 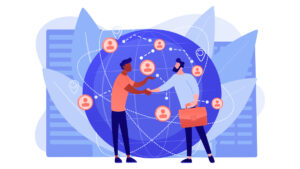 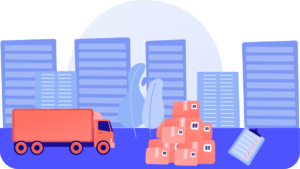 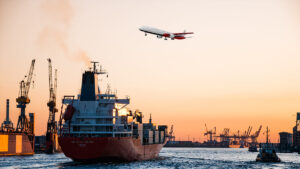 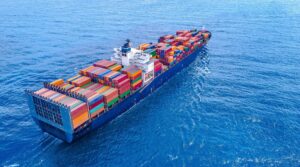 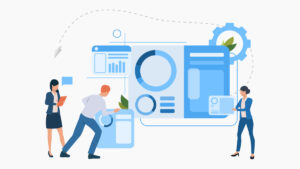